Get A Stylin' Tokyo Look In This Month's Box!

11 Styles of Japanese Street Fashion to Inspire Your Wardrobe

Japanese street fashion is incredibly varied and creative, so it's the perfect place to search for style inspiration. Here are 11 of Japan’s staple street styles to spice up your own looks!

Kimonos were once worn every day in Japan until the shift to Western-style clothing during the Meiji era. Today, they are considered formal wear, usually only worn to graduation ceremonies, weddings, tea ceremonies, or funerals.

However, recently, the younger generation is mixing traditional kimono elements with modern clothing. Young brands are creating modern kimonos made from fabric using contemporary patterns and textiles. Japanese fashion brands especially are taking inspiration from elements of their own traditional Japanese garment.

Peeps style takes inspiration from two very different trends: 90’s-inspired sportswear and goth clothing. It became popular in Harajuku’s underground scene thanks to the online magazine Peeps, which is where the style also gets its name. This style’s trademark is edgy sportswear with a mix of 90’s retro-wave color palettes and solid black.

Enhance your look (and your life) with Nomakenolife’s monthly subscription box which is packed with all kinds of Japanese and Korean beauty products.

Lolita style is one of the most famous Harajuku fashion styles and consists primarily of wearing Victorian and Rococo era-inspired clothing. Dresses are worn with petticoats underneath to add volume which creates an A-line or a bell shape. Much of the focus of Lolita is on the idea of “kawaii” (cuteness) and creating an almost doll-like appearance. However, the style has three subtypes: sweet, classic and gothic.

Each one has their own interpretation of this aesthetic. This Tokyo kawaii fashion is quickly gaining traction worldwide thanks to social media and as such is one of the most easily recognizable Japanese street fashion.

Visual Kei was pioneered by Japanese musicians of the 1980s. Important elements of this style include flamboyant costumes, hair, and makeup paired with a more androgynous look. The style was debuted by bands like X Japan, Buck-Tick and Color, but was partially inspired by the Western glam rock trend of the previous decade.

Despite its name, the style does not mean dressing like a fairy. The name was coined by the Japanese fashion magazine Zipper and is perhaps a reference to the cute motifs and many colors used in this style. The style includes a pastel color palette and silhouettes taken straight from the ’80s and ’90s. 80’s toys and cartoons are a major motif in this style, with accessories and t-shirts decorated with elements of brands like Polly Pocket, Barbie, and My Little Pony.

Accessories include bows, hair barrettes, and leg warmers. Pastel-colored wigs are also popular as an easy way to add extra color to an outfit without the permanent physical changes of dying your hair. 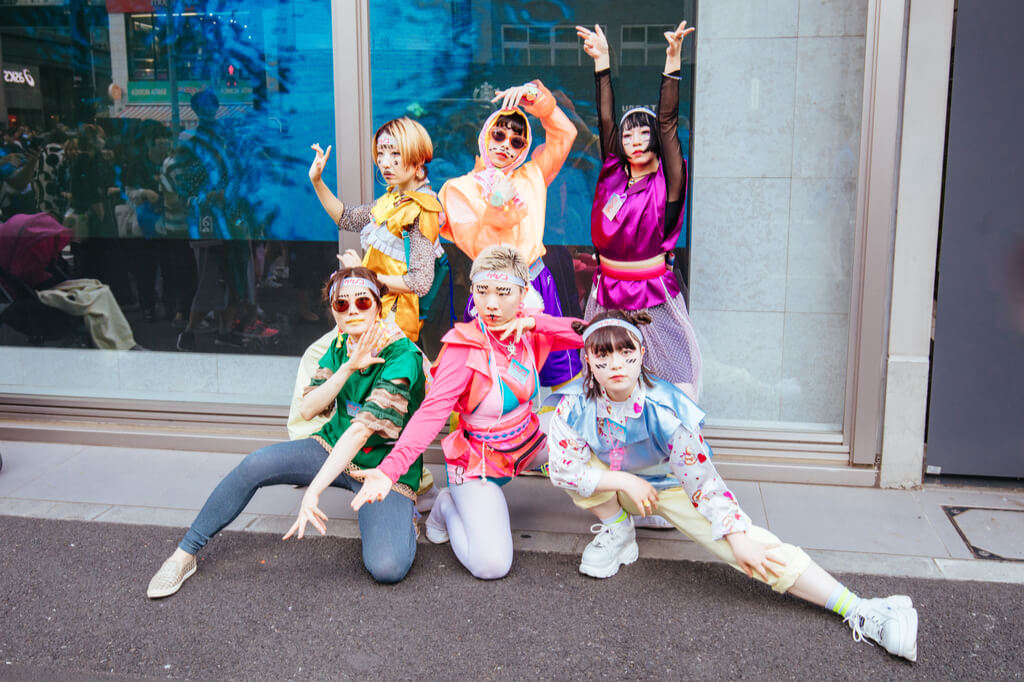 Mori means ‘forest’ in Japanese, and this aesthetic romanticizes the idea of simple forest living. In that sense, it bears some similarity to the currently trending cottagecore. The style includes loose vintage dresses made from natural fibers (like linen, cotton, and wool) as well as simple colors, usually in a light color scheme. If there are prints, they tend to be florals or gingham.

The name, Gyaru, is taken from the English slang for “Gal”. The style’s staples are more cosmetic than fashion-based. They include deeply tanned skin, dyed hair, artificial nails, and dramatic makeup looks with black and white eyeliner. The clothing style varies depending on the popular fashion trends of the era.

When the trend first began in the 1970s, Gyaru would wear popular fashion styles of the time, but the clothing styles continue to evolve with the times. On top of that, a gyaru's choice in fashion is also very personal. Clothing can be purchased from many different stores, including Japanese “gal” brands, fast fashion, and even luxury brands like Louis Vuitton. 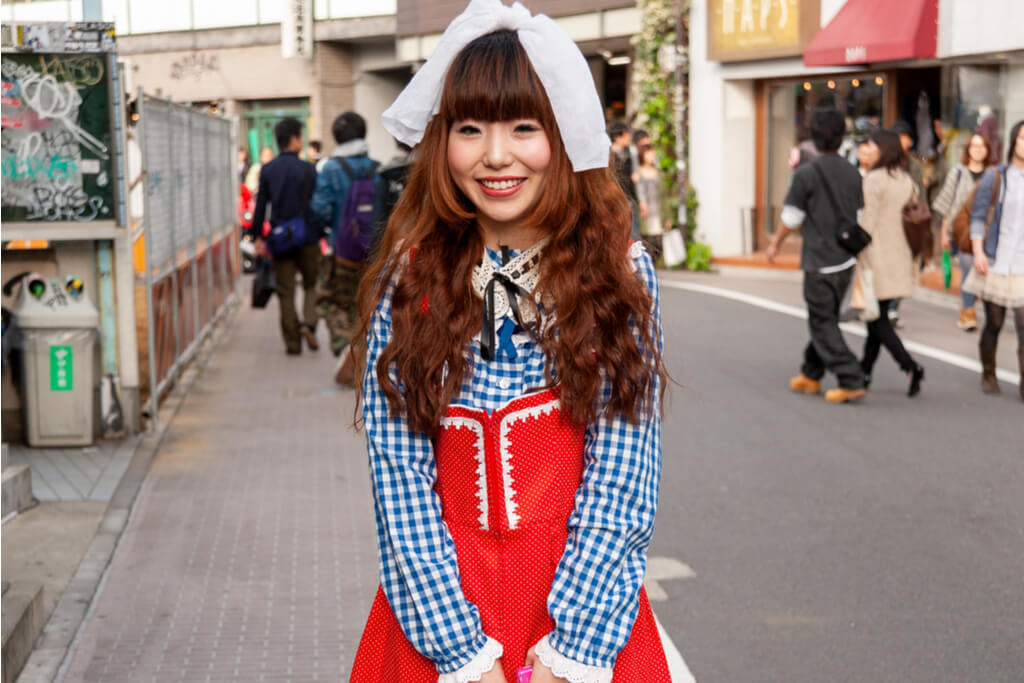 Kogal style was primarily popular in the 1990s, but elements of it are still present in street style today. On top of that, it started regaining popularity in 2020. This Tokyo street style consists of a schoolgirl uniform-inspired outfit, but with a shorter skirt and oversized, loose socks or leg warmers. The outfit can also include a scarf and dyed hair.

The name decora originates with the Japanese word for “decoration” (デコレーション).  As the name suggests, it’s all about accessories: layers upon layers of brightly colored bracelets, necklaces, bows, and hair barrettes. This trend was popular in the ‘90s but was inspired by the cartoon characters of the ’80s, much like how anime characters inspire today’s anime fashion.

Staples of the style include tutu skirts and t-shirts decorated with cartoon characters like the Smurfs, Care Bear, Hello Kitty, and Pokemon. However, there are also variations in the style that revolve around the color palette. These variations include rainbow decora, pink decora, red decora, and dark decora.

Fashion in Japan is constantly evolving. Many of the famous Harajuku styles that Japan was once known for have fallen out of favor, replaced by the current global phenomena of streetwear. Japanese streetwear, like all streetwear, is influenced by hip hop and sportswear but comes with its own twist. Avant garde Japanese fashion brands like A Bathing Ape (BAPE) and Comme Des Garcons are staples and innovators of this style. These brands apply Japanese luxury designers’ well-known attention to detail to streetwear silhouettes. This fusion creates clean and stylish streetwear looks that are perfect for anyone’s wardrobe.

Which of these trends is your favorite? Are there any that pique your interest?

Use code BUBBLY for a FREE Pokémon beauty bonus to make your routine more kawaii!